What Thurgood Marshall Taught Me About Police Accountability - Cass Sunstein - Repost from bloomberg.com 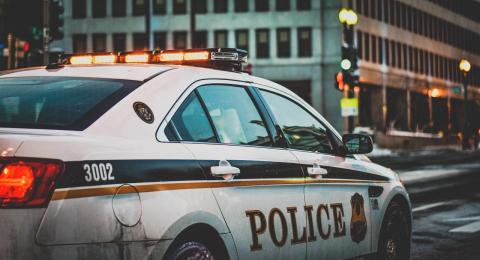 n the early 1980s, I was one of four law clerks for Justice Thurgood Marshall, probably the greatest civil rights lawyer in U.S. history and the first African American to be appointed to the Supreme Court. In a discussion with our boss, we expressed concern that the high court might overrule its Miranda decision, which requires police officers to provide the famous warnings to people in custody.

We thought that the Miranda warnings were an essential means of preventing official abuse in general and of protecting African Americans in particular.

Marshall looked at us with amusement. This is what he said: “Miranda? I like Miranda well enough. But not all that much. When I lived in New York City, a long time ago, I had a nice, long talk with head of a local precinct about police misconduct and the United States Constitution. Here’s what he did the next week. He got all his cops in a big room, and said, ‘If I hear that any of you has mistreated anyone in New York – beaten him up, knocked him down, violated his civil rights, targeted him because of his race, anything like that – you’re fired. Immediately. On the day.’”

Marshall took a long pause. And then he thundered: “And that’s a lot better than Miranda!”

In the 1990s, I lived on the south side of Chicago and my car was stolen. A police officer recovered it. As we talked about what had happened, he asked me, “And what do you do for a living?”

These are stories about local accountability and prevailing norms among the police. Marshall did not dismiss the importance of legal mandates; he was firmly in favor of Miranda. But he believed that if you want police officers to stop mistreating people, their boss needs to insist on exactly that.

In the 1990s, the south side of Chicago was known for having a high crime rate. The officer who retrieved my car did not always comply with constitutional requirements. It’s reasonable to assume that he was acting in accordance with prevailing norms among his peers. He believed that compliance with the Constitution was discretionary, not mandatory.

We do not lack high-level proposals to respond to police misconduct. For example, congressional Democrats have not only proposed to ban choke holds, but also to require a national registry for officers with a record of misconduct. Top-down reforms of this kind might well be good ideas.

But national edicts are one thing; changes on the ground are another. A lot of action needs to happen at the local level. Through the United States Conference of Mayors, the nation’s mayors have started a working group, focused on making recommendations to combat unjust policing tactics and in particular on the problem of racial discrimination.

We need those recommendations in a hurry. They should emphasize not abstractions and aspirations but the need to go precinct by precinct, and to ensure that police captains are personally committed to ensuring an end to misconduct and abuse.

The good news is that publicity about new or emerging norms can have a galvanizing effect. People are influenced by prevailing norms, to be sure; but if they learn that a new norm is coming onto the scene, they appear even more inclined to comply with it. One reason may be that people don’t want to be on the wrong side of history. Another reason may be that if a new norm really is catching hold, people think that it’s likely to be good.

There’s a hopeful lesson here for reform. Suppose that police officers are made aware that the behavior of their colleagues is genuinely starting to change, and that misconduct is beginning to stop. If so, that very awareness can create a self-fulfilling prophecy – and transform local norms in relatively short order.

Thurgood Marshall, who died in 1993, was very clear with us: A warning from the boss was likely to be more effective than a pronouncement from Washington D.C. At the same time, Marshall made it clear that prevention of police abuse and protection of civil rights remain a work in progress.

At the end of a short speech at a reunion of his law clerks, the civil rights hero described "the goal of a true democracy such as ours." Any baby born in the United States, he said, even to the most underprivileged Black family in Mississippi, "is, merely by being born and drawing his first breath in this democracy, endowed with the exact same rights as a child born to a Rockefeller."

His closing words were:

"Of course it's not true. Of course it never will be true. But I challenge anybody to tell me that it isn't the type of goal we should try to get to as fast as we can".