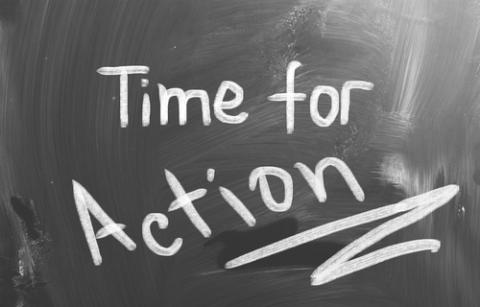 We may not realize it, but (almost) everything we do is influenced by regulation: from the air we breathe and the water we drink, to safety and security in our workplace. Regulation – through laws, decrees, directives, technical regulation and many other instruments – restrict and shape our choices and behaviour, and has significant impacts on businesses, markets, economies and welfare.

We may not realize either that in many of these cases, several levels of government are involved. Picture this: a small business owner faces stricter regulatory requirements in health aspects due to the pandemic caused by the COVID-19, as set by a national decree. The regional government is in charge of issuing the guidelines to comply with this requirement, and the local government is tasked with carrying out inspections to verify compliance, for which it requires to issue checklists. A policy on better regulation should be applied by all three levels of government in order to pursue effectively the policy objective of protecting the health of citizens.

Therefore, better regulation principles should also be applied by sub-national governments at the same extent as at the central level.

Chapter 2 of OECD´s Regulatory Policy Outlook 2021 reports the results and findings of data collected across OECD jurisdictions to attempt to measure progress in implementing some key elements of the application of better regulation at sub-national level. The data shows that actions taken by OECD countries to promote regulatory coherence across levels of government and to foster the development and performance of regulatory management capacity in sub-national governments are not widespread yet.

For instance, to the question “Are there one or several co-ordination mechanism(s) across national and sub-national governments or municipalities to promote regulatory coherence in regulatory approaches and avoid duplication or conflict of regulations?” only 26 out of 38 said “Yes”. This includes the eight OECD member countries which could be considered as federal, and the other 18 countries are jurisdictions that can be categorised as unitary. This suggests that the rest of the OECD countries have the opportunity to implement systems to engage with sub-national governments to enhance the quality of the regulatory framework, regardless of the status of a unitary-type jurisdiction.

One of the ways to foster the development of regulatory management capacity and performance at sub‑national levels of government is by promoting best practice across these governments, and between the sub-national and national levels. The sharing of lessons learned, successful cases, and the “dos and don’ts” in the design, implementation and evaluation of better regulation and its tools can be an effective way of promoting their adoption. However, the data collected shows that only 17 out of 38 countries have these sharing mechanisms in place.

Other relevant finding include that only 15 countries actively support the implementation of better regulation in these levels of government.

Overall, the results suggest that OECD countries should consider including mechanisms to incorporate sub-national governments in the better regulation agenda. The data demonstrates that several countries have advanced in this front, in both federal and unitary type jurisdiction, and this progress should be employed as inspiration for more action.

Senior Policy Analyst on Co-ordinator of the OECD programme in regulatory policy for Latin America - Views are my own and may not represent those of the OECD.

The OECD has a long and rich tradition in supporting subnational governments in Mexico to develop and implement better regulation policies, and can help other member and associated countries. To explore potential collaboration write to ManuelGerardo.FloresRomero@oecd.org