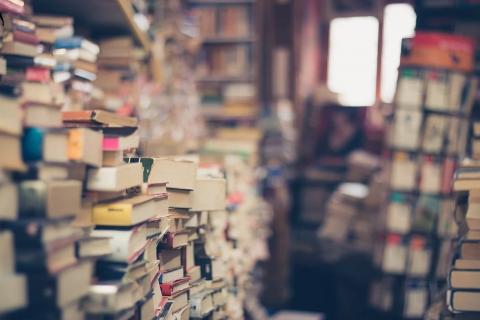 Within about one month from the day in March when the World Health Organization declared the coronavirus outbreak a global pandemic, about 95 percent of the U.S. public has come under what would normally be seen as draconian regulatory obligations: “stay at home,” “close up your business,” “stay off of the beach,” “wear a face mask.”

Although such obligations would be unfathomable during normal times, remarkably, hundreds of millions of Americans have accepted them and appear largely to be complying with their terms—all within the span of a few weeks’ time. Yet as the nation’s economy spirals out of control, with more than 20 million Americans having lost their jobs over the last month, the key regulatory question now seems to be: When will the economy “re-open”?

This is a question of what I call “obligation alleviation.” The lifting or alleviating of obligations is a key decision all regulators face, which may seem surprising because the word “regulation” connotes the imposition of obligations. But as may be clearer in times of emergency, the practice of regulating also involves deciding when, how, and for whom to alleviate obligations.

Obligation alleviation comes in several different varieties. Sometimes it takes the form of repealing rules wholesale—or what is typically referred to as deregulation. That is what most people have in mind when they ask when the economy will re-open.

Other types of obligation alleviation take the form of what Daniel Walters, Gabriel Scheffler, and I call “unrules.”

In a forthcoming article in the Stanford Law Review, we explain how unrules are the opposite of rules. Instead of imposing obligations, unrules allow regulators to ensure that certain actors can avoid otherwise applicable obligations—but without completely removing the rules, as with deregulation. Unrules can be baked into rules themselves—what we call “carveouts.” Or they can take place after a rule is on the books—through case-specific or firm-specific “dispensations” that waive otherwise applicable obligations without repealing a regulation.

The various stay-at-home directives issued in the United States all contain carveouts for what have widely become known as “essential services.” Sensible carveouts permit local grocery stores, gas stations, and hospitals to keep operating even though local bookstores and fancy sit-down restaurants are no longer open to customers.

Crucial to restarting the economy in the weeks or months ahead will be making adjustments in the carveouts contained in the existing directives. State officials will gradually expand unrules to allow an increasingly wider range of businesses and activities to return to normal, until some day—perhaps a year or more from now—sports fans will be able to go back to their favorite ballparks or stadiums.

These kinds of “unregulatory” adjustments must be made carefully, based on a thorough analysis of public health risks and only when there is confidence that renewed business and social activity can be conducted responsibly. This will require adequate capacity for testing, contact tracing, and medical care.

Just as crucial as carveouts are to the COVID-19 crisis and its eventual resolution, so too are dispensations a vital feature of the regulatory landscape at this time. Indeed, dispensations are always integral to regulatory systems because regulations are, after all, merely generalizations. As generalizations, they apply to a wide variety of individuals and businesses and may be over- or under-inclusive at times.

Regulations are also generalizations in the sense that they are designed based on a generalized understanding of how the world works. They reflect their designers’ expectations about the type and extent of behavioral change they will engender as well as the consequences of that behavioral change.

That is where unrules come in during emergencies, often in the form of dispensations. Most regulatory agencies in the United States have some kind of explicit dispensation power built into their authorizing statutes—and even when they do not, they can use enforcement discretion to provide what might be thought of as “constructive dispensations.” When used responsibly, dispensations allow regulators to adjust for new conditions. They can also alleviate regulatory obligations that stand in the way of a speedy response to an emergency situation.

The pivotal role of dispensations in emergencies became tragically evident this past February with the federal government’s handling of coronavirus testing—the essential ingredient underlying any effective public health effort to prevent or combat an outbreak.

Congress has given the U.S. Food and Drug Administration (FDA) regulatory authority over medical devices used for diagnostic testing. Normally, FDA requires manufacturers of testing devices to submit an application for their device or else seek “pre-market approval” from the agency before testing can start. This is not necessarily an expeditious process, especially in the face of a fast-moving epidemic.

But in a time of a public health emergency, Section 564 of the Food, Drug, and Cosmetic Act does authorize FDA to grant “emergency use authorizations”—or EUAs, for short. But even getting an EUA can take some time. In fact, FDA can impose certain obligations in terms of application materials and testing results before anyone receives the regulatory relief an EUA affords.

A still more straightforward avenue would be for FDA to exercise its enforcement discretion and assure laboratories or pharmaceutical companies that they have the agency’s blessing to take steps that might not otherwise be authorized.

But FDA eschewed a quicker route of enforcement discretion. According to multiple press reports, throughout most of February, the agency stuck to its usual cautious approach and took a relatively stingy posture toward use of its dispensation authority. On February 4, less than a week after the Centers for Disease Control (CDC) announced the first confirmed case of human-to-human transmission of coronavirus on American soil, FDA did grant an EUA—but only to the CDC. The CDC test proved a disaster, yielding false positive results apparently due to contamination of many of the test kits. Meanwhile, in the face of a spreading virus, FDA did remarkably little to encourage private laboratories to develop tests—and arguably even inhibited such efforts.

It was not until February 29 that FDA issued a broader EUA that gave private laboratories the green light to launch their own testing. It took more than two weeks after that before FDA issued a still broader testing EUA to lower regulatory hurdles further. The upshot was tragic: a fatal bureaucratic fumble that set back testing by more than a month while the virus took root in communities around the country. And the United States still lags behind in testing.

The United States would not be suffering the adverse consequences of its “lost month” had the White House exhibited greater diligence and urgency.

FDA, after all, has a long history of laudable prudence in overseeing the nation’s drug supply, and it is hard to fault the motivations of agency staff who sought to ensure accuracy in diagnostic testing. But the kind of tradeoffs between speed and the accuracy of testing that are reflected in the normal process are not necessarily optimal in a crisis.

A regulatory agency that normally defaults to safety over speed needs strong leadership—and perhaps even political cover—that can jolt it out of its normal routines. Instead of providing responsible crisis leadership, President Donald J. Trump seemed ambivalent at best toward the need for testing to curb the virus’s spread. Instead, he reportedly desired to keep the numbers of confirmed coronavirus cases as low as possible.

But regulators and elected officials can also overreact in times of emergency. They can go too far in the extremes of either obligation imposition or alleviation. Just as officials can use emergencies as an excuse to trample liberty and aggrandize power, so too can leaders fall prey to “unregulatory capture” and use emergencies to undo valuable regulations only to serve the interests of their friends or political benefactors. Or they can cite an emergency as an excuse to put in place a preferred policy which bears little connection to the crisis at hand. For just this sort of reasons, environmental advocates have decried the U.S. Environmental Protection Agency’s recent memorandum on enforcement forbearance during the COVID-19 crisis.

Overall, the COVID-19 pandemic reveals a critical reality about the practice of regulation. Especially in times of emergency, regulation is not just about the imposition of legal burdens; it entails the alleviation of certain obligations too. Regulating well necessitates “obligation management:” the adjusting and adapting of both rules and unrules in the face of changing risks, technologies, economic conditions, and knowledge of the world’s conditions.

Rapid changes in the world demand swift and smart regulatory responses. As the COVID-19 crisis plays out and the economy eventually—if haltingly—restarts, regulators will need to keep active and agile as conditions change.