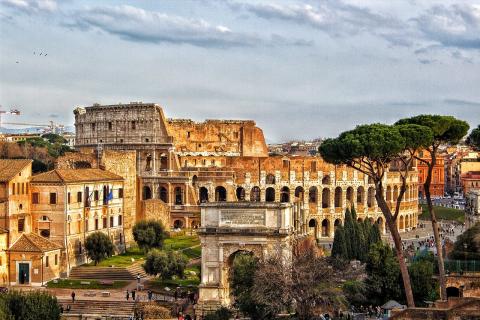 We all find ourselves living in a time of great exceptions to our normal routines. The COVID-19 pandemic has taken away many of the most common and relevant pieces of our lives. Even those of us lucky to escape illness are stuck in limbo.

The Italian government’s response to the COVID-19 health emergency, and its consequent shock to the economy, has also been an exception to the norm. Are all of Italy’s exceptional legal measures justified and proportional? Have Italian decision-makers chosen the right tools to reach their objectives? Unfortunately, despite policymakers’ good intentions, the measures they have put in place have often clashed with the country’s complex legislative framework, including its traditions of baroque legal drafting, legislative inflation, red tape, the neglect of previous assessments, as well as the lack of coordination across multiple decision-makers.

Baroque legal drafting. In a 1940 memorandum called “Brevity,” the English Prime Minister Winston Churchill recommended writing documents in short paragraphs, saying that “the saving in time will be great, while the discipline of setting out the real points concisely will prove an aid to clearer thinking.” Former Italian Constitutional Judge, Professor Sabino Cassese, has quoted Churchill’s memo to Italian policymakers, reminding them to be clear, concise, and consistent in their writing, especially in times of crisis.

Despite these recommendations, ordinary Italian legislation is verbose and unclear—often referred to as “the dark law,” “the legislative trap,” and “normative metastasis.” The lack of clarity this style infuses throughout Italian legislation only increases creative compliance and litigation. For instance, during the COVID-19 lockdown, an Italian Prime Minister decree included an obscure provision that people were only allowed to meet in person with “congiunti” (relatives). Officials made the provision even more obscure by officially interpreting “congiunti” to include “stable affections.” At the same time, the lack of brevity increases both incomprehensibility and legislative inflation. For instance, the law-decree “Rilancio” of May 19, 2020, counts 266 articles and 7 annexes.

Legislative inflation. Italy’s COVID-19 measures have increased the rate of new legislation—also known as legislative inflation—and led to greater instability in Italy’s legislative framework. In the first 30 days after Italy declared a state of emergency, the government published nearly 300 pages of rules—all interpreted by agency guidelines and politicians’ declarations. In addition, the Presidents of the Italian regions have regularly published numerous ordinances in response to the pandemic. These ordinances are not always consistent with national provisions and they risk government challenge in court.

The detrimental effects of legislative inflation are also exemplified in Italy’s public procurement. Italy’s recent rules to combat the coronavirus temporarily made it easier for health care workers to procure both medical supplies and technical devices used in teleworking. These provisions follow European Union guidance, which allows nations to “deactivate” competitive bidding when they urgently need access to medical supplies, vital services, and additional infrastructure. This new legislation was not necessary, however, because Italy’s existing public procurement legislation already provided exceptions for “extremely urgent needs.” The pandemic legislation is the most recent episode in a much larger public procurement reform saga, which encompasses approximately 55 legislative interventions over 14 years, of which the government only adopted one out of three implementing acts. This overabundant legal framework imposes costs over firms, in the form of red tape, and on Italian society, due to increased risks of fraud and corruption.

Red tape. Like most European countries, the Italian government has asked citizens to stay at home to prevent the coronavirus from spreading. The Italian approach to stay-at-home orders involves extensive paperwork. This approach has added administrative burdens to regulating individuals’ already complicated lives. For three months, people in Italy leaving home to practice an authorized activity—such as walking their dog, shopping for food, or traveling to another region—had to fill out a self-certification form, which changed many times throughout the crisis. Most Italians have stories to tell about their encounters with the authorities who have been checking these permits. Authorities have inconsistently enforced permits, “lumping together both formal non-compliance with self-certification rules, and substantive non-compliance with social distancing.”

This inconsistent application of the law not only reflects the Italian approach to enforcing rules but also the Italian approach to drafting rules. Italy’s COVID-19 measures have passed from a criminal fine to an administrative fine paired with a criminal fine. Most of these fines will face court battles—and the government will probably lose. Useless paperwork, hundreds of pages of rules, and many unexplained prescriptions have increased citizens’ uncertainty about what they are and are not allowed to do, undermining their trust in public authorities.

Neglect of previous assessments. In cases of “necessity and urgency,” the Italian government can adopt temporary laws—known as “law-decrees”—which must be submitted to the Parliament within 60 days. This “urgent decreeing,” which has nearly become the ordinary way of legislating in Italy, makes it hard to perform a proper ex ante assessment, which would help avoid complexities in rules and unwanted consequences. Some may argue that the government was justified in taking swift action in the immediate aftermath of the crisis. Pandemic legislation should not, however, necessarily be given “carte blanche” treatment.

A light assessment of potential economic, social, and environmental impacts—which is compulsory for all Italian law-decrees—and a commitment to perform a careful review after implementation would have prevented the government from using the “emergency as an excuse” to put in place rules with no connection to the crisis at hand. For example, for unexplained safety reasons, the law-decree “Cura Italia” suspended consumers’ rights to switch from one telecommunication provider to another. The Italian Competition Authority voiced opposition to the policy and the government ultimately suppressed this rule.

“Never let a good crisis go to waste.” Over the last 30 years, Italy has taken huge efforts to simplify its legislative and regulatory framework. Policymakers have used a guillotine system to reduce and reorganize the stock of legislation. They have measured and reduced administrative burdens within core sectors, assessed less burdensome options for new laws and regulations, and improved the government’s regulatory budget. Despite these efforts, Italy is still far from achieving a simple, supportive, and effective legislative and regulatory system. In addition, citizens and firms do not generally perceive the simplifications policymakers have achieved so far.

Why has Italy failed to simplify its legislation and regulations? A complex legislative framework benefits many parties, including politicians who avoid accountability, intermediaries whose jobs increase thanks to unclear and overabundant rules, and incumbents whose businesses are protected by legal barriers. Legal complexity also stems from a fragmented society, where various groups—such as municipalities, associations, and trade unions—ask politicians and public administrators for amendments, guidance, or other policy changes in support of their private interests.

Both the executive and the Parliament now recognize the urgent need to take advantage of the better regulatory tools at their disposal to overcome the traditional administrative flaws that burden the lives of Italian residents and firms. For example, the Ministry for Public Administration has opened a discussion, asking for proposals on how Italy can simplify its legal system to promote economic recovery.

This crisis has taught individuals many lessons, including the importance of valuing the little things and the fragility of life. Institutions have hopefully also learned some valuable lessons. Italy’s recovery needs a “new normal,” free from burdensome paperwork or “sludge,” incomprehensible legislation, laws used as a “placebo,” unjustified fragmentation of responsibilities, and inadequate enforcement strategies. This new normal would improve the legislative framework, thereby enhancing voluntary compliance with COVID-19 policies and increasing Italians’ trust in their public authorities.