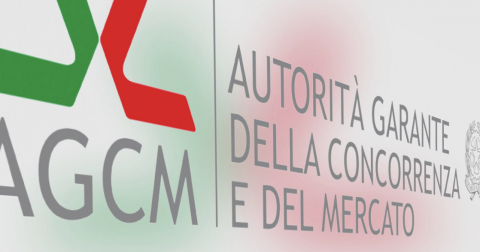 On 17th February 2021, during his speech for the vote of confidence at the Senate of the Republic, the Italian Prime Minister, Prof. Mario Draghi, mentioned the importance of the Annual Competition Law (until now actually adopted only in 2017).

Following such a moment, on the 8th March, the Prime Minister formally invited the ICA to present its proposals; the ICA promptly replied, publishing a 105-page long report on the 23rd March 2021.

On the report opening, the ICA states that competition and antitrust authorities can offer a precious contribution during economic crisis periods and, most importantly, promote social and economic recovery.

Among a few practical examples mentioned in the report, the Authority represents as the competition law rules' loosening has potentially lengthened the Great Depressions in the 1930s.

Consequently, the report expressly mentions the necessity to design any decision concerning political economics and public intervention in full consideration of the potential effects on competition.

This, paying specific attention to any medium-term effect that could affect the recovery of the economic system.

Indeed, competition promotes productivity and job creation: it induces companies to be more productive and innovative and favours a better allocation of resources among economic activities; it allows the most innovative and efficient companies to enter the market and grow.

The report focuses its attention on two topics, on which the subsequent intervention proposals are based.

The first one is titled "simplification and competition". Indeed, a crucial role in the Country recovery could be unwound by a proper modernization and simplification of the Public Administration. This, based on the fact that an efficient public administration and a transparent but straightforward regulation are the critical elements for the Italian economy's competitive development, both in innovation and growth.

The second one is titled "the beneficial effects of competition". It is specified as there is considerable evidence regarding the impact on productivity, growth, and employment resulting from an improvement in the regulation of the goods and services markets and the reduction of entry barriers.

On such element, the productivity of a specific sector and the dynamics of entry and exit barriers crucially depend on the regulatory environment: heavier regulations reduce investments, and regulatory frictions in the upstream sectors harm performance.

Such an unfavourable regulatory environment places Italy in 50th place in the "Doing Business" ranking drawn up by the World Bank (26th out of 27 EU members + the UK).

For example, the ICA focuses on unproductive (even before the pandemic) companies saved because their exit is not socially acceptable. Following the ICA idea, it is necessary to implement elements such as adjustment of social safety nets, active labour policies, training of employed or unemployed jobs and regulation of the business crisis more sensitive to competition principles.
This way, obstacles of different nature to the full development of the competitive process and the exit from the market of unproductive companies that harm competition could be mitigated.

Considering the two topics above described, the Authority formulates a series of proposals aimed at enhancing the contribution that competition can offer to resume the path of growth.

Infrastructure for growth and competitiveness

This first proposal focuses on suitable measures to favour and speed up investments in strategic infrastructures, such as digital, port and energy ones.

Concerning digital networks, they are considered the backbone of the contemporary economy, and there is a crucial need to remove a series of administrative obstacles to investments in fixed and mobile communication networks.

Furthermore, the development of competitive ports and infrastructures adapted to the current characteristics of ship traffic is a fundamental requirement to benefit from the rapid growth of global trade. The need is to identify clear, transparent and non-discriminatory criteria for granting concessions and define revocation procedures.

Lastly, regarding energy infrastructure, it is stated as a grid congestion phenomenon can determine a high market power of some production units and a cost for users.

This section calls for a general reform of public procurement, aimed at modernizing and simplifying the applicable rules and procedures to relaunch the economy and resuming investments.

A reform of the public tenders is considered the priority due to the labyrinth of rules that generate public procurement inefficiencies.

Indeed, following the goal to increase the efficiency of the administration's choices by ensuring greater discretion and to reduce the constraints on contracting authorities and companies, the Authority proposes:

Lastly, the proposal deems to eliminate the criterion of the most advantageous economic offer identified, based on the best value for money. Simultaneously, it should be removed the provision that allows contracting authorities to exclude abnormally low offers without first having asked for justifications.

A crucial junction for the revival of the economy is given by revising the local public services sector and, more generally, public companies. Efficient local public service markets can not only improve the quality of the services provided, they can also have positive repercussions on the competitiveness and development of local economic systems and affect aggregate productivity and the growth of per capita output.

This section aims to a reform of the local public services and to limit the use of in-house credit lines only to cases where the market's alternative does not constitute a more efficient solution. In the same vein, public subsidiaries' rationalization should lead to making their compelling mission explicit and avoiding their distorted use as "improper social safety nets".

It is proposed to rapidly adopt a Consolidated Law on Local Public Services, which organically regulates the assignment and management methods of local public services of general economic interest.

Removal of the entry barriers, new inputs to stimulate productivity

This section focuses on removing obstacles to the entry of new operators and developing a more dynamic competitive confrontation, especially in concessions, retail, free-market for the sale of energy, pension funds and the discipline of multiple voting in joint-stock companies, all sectors in which shallow levels of productivity are recorded.

Competition at the service of environmental sustainability

While not having the primary purpose of promoting sustainable development, competition can contribute by integrating existing instruments, such as regulation and taxation, to favour the transition process towards an environmentally sustainable growth model.

Here, proposals for pro-competitive reforms are formulated to facilitate the achievement of desired objectives in environmental sustainability. In particular, they concern 1) infrastructure for electric cars charging, 2) management of differentiated waste, 3) incineration/waste-to-energy plants and 4) system charges.

Protection of health and competition

The unprecedented pressure that the NHS is living due to the Covid-19 pandemic requires interventions to increase efficiency and reconcile the increase in demand for health care with the constraints of public funding. Here, the Authority suggests interventions for strengthening the health system and the protection of public health. This, through initiatives capable of increasing the supply of health services and their efficiency and more efficient drug purchase policies thanks to interventions in the regulatory framework.

The proposals concern both the health service and the pharmaceutical sector.

Regarding the first one, the Authority proposes to 1) eliminate the obstacles that limit the access of the private sector in the exercise of health service activities if not affiliated with the NHS; 2) reforming the accreditation system; 3) contemplate periodic regional and adequately publicized selections; 4) grant a complete and transparent information of the public and private health structures performance.

Regarding the second one, the Authority aims at concentrating on the promotion of a regulatory framework that 1) facilitates comparability, including in tendering procedures, between similar drugs; 2) allows to increase the negotiating power of demand; 3) allows for reshaping the obligations of the assortment of medicines on flexible quantitative thresholds based on territorial demand; 4) removes the existing constraints about the registration procedures of equivalent medicines before the expiry of the patent.

The powers of the Authority and amendments to Law No. 287/90

The rigorous application of antitrust regulations is a precious factor in guaranteeing a more rapid and solid recovery, in the awareness of the difficulties to which companies are subjected during the crisis and of the need to protect the longer-term effects and the more dynamic component of the process.

Here the authority hopes for some changes to the law of 10th October 1990 n. 287 that would allow it to increase the effectiveness of merger control and the fight against cartels, to strengthen investigative powers outside the investigation procedures and to adapt the equipment currently available to the challenges posed by the digital economy. It is also emphasized that the Authority is the best-positioned institution in unfair commercial practices in the agri-food chain.

Further topics for the protection of competition