The Future of Better Regulation: A Transatlantic Perspective| 30th March 2021 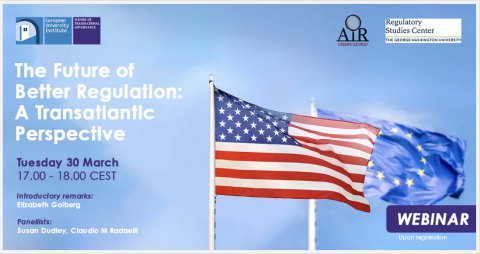 The Future of Better Regulation: A Transatlantic Perspective| Webinar recording

The discussion covered the early choices of the Biden-Harris administration and the forthcoming (at the time) Communication on better regulation of the European Commission.

In particular, the event focused on matters such as:

The eminent panel was composed as follows:

It is possible to watch the recording of the event by clicking here.