Covid-19, tragic choices and the Future of Law and Economics - Guido Calabresi 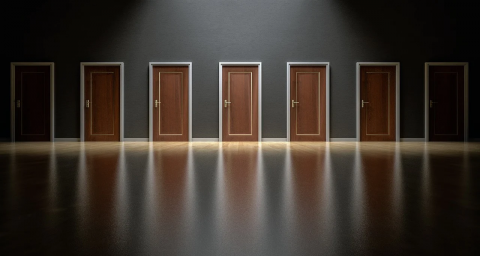 On 12th February 2021, the European Master in Law Economics organized an online Midterm Meeting 2021 for the graduation ceremony.

A keynote speech of Prof. em. Guido Calabresi (Yale Law School) titled “Covid-19, tragic choices and the Future of Law and Economics”, and moderated by Georg Ringe (University of Hamburg) and Louis Visscher (University of Rotterdam), characterized the event.

Firstly, Prof. Calabresi displayed as Covid-19 presents a series of issues that should be particularly concerned and helped with law and economics. However, law and economics scholars have had very little to say and were indeed not at the centre of the discussion.

The Sterling Professor used such a speech to generally analyze some of the most relevant covid related issues through a law and economics mentality.

Quoting his and Philip Chase Bobbitt’s book, Prof. Calabresi described the Covid-19 issues as all being “tragic choices”.

In such a book, the authors explore how societies allocate tragically scarce resources, that is, making tragic choices. The Yale Professor highlighted as all of this perfectly fits with the Covid issues. For example, who got hospital beds? Who got oxygen when there was not enough for every patient? Furthermore, more dramatically and pressingly, who gets the vaccine: which category and based on what kind of allocation decision?

Following Prof. Calabresi’s idea, the first relevant question is why there is a scarcity at all, since the ordinary market produces enough based on the demand. However, in such a situation, we do not make the market choose, and the decision is profoundly influenced by collective and centralize decision.

Apparently, scarcities in situations as the current pandemic one are inevitable: they are there, and there is nothing to do.

However, the Senior United States Circuit Judge displayed as this is not true. Indeed, we could have had many more hospitals, more oxygen and more vaccines.

For example, billions of dollars were given to pharmaceutical companies to create the vaccines. However, there was no agreement on starting the production before the approval.

This was a collective decision, and Prof. Calabresi stated as it should be analyzed why was it made that way and how.

In any case, the former Dean of the Yale Law School expressed as once scarcity is there, there is a traditional allocation decision to be made, being who gets the available quantity of vaccines.

Indeed, some people want to be vaccinated and some not, or some people need the vaccine more than others.

However, the ordinary market was not allowed to make such a decision.

Prof. Calabresi expressed that the most apparent reason is that we are unwilling to let the market make a wealth distribution decision.

However, there is a difference between wealth distribution and not wanting to have certain things even to be priced.

If we do not price things, we can not have a market.

A wealth distribution neutral market would require wealthy people to pay billions to get the vaccine and poor people to pay nothing.

However, we do not focus on the nature of this problem and do not consider moral externalities: people could be offended with vaccines allocated according to a market allocation.

Prof Calabresi represented that vaccines are merit goods, defined as those not allowed to be allocated in an ordinary market because people would be offended by that. This is a moral externality.

The question posed by Prof. Calabresi is if moral externalities should be taken into account in the decision-making process.

The collective allocation does not solve the problem of inequality because power is as unequally distributed as wealth.

Based on Prof. Calabresi speech, the question that law and economics scholars should pose themselves is “what is more unequal in the allocation between power and wealth and, most importantly, what can be done about it?”

Moreover, Prof. Calabresi expressed that another relevant question concerns collective decision and, particularly, the difference between centralization and localization.

Regarding the vaccines, if centralized as in England, there are general rules on who gets and who does not get the vaccine.

Otherwise, as in the US, a chaotic degree of decentralized command represents a very inefficient and highly local way of distribution.

The importance also lies in values. Prof. Calabresi highlighted that if we want to save lives, this could be done by considering who is most at risk or who has a more significant number of years to live.

Then, what about people that are at high risk but are “responsible” for that, such as smokers? Or, what about jail and nursing homes that are the places of highest risk?

All of the above questions posed by Prof. Calabresi involve choices that might be made better through markets that consider equal distribution. The reason we do not do this seems to be that we do not come to terms with moral externalities.

Moral externalities are all the things that people are offended by and represent a cost.

Any cost is a cost, and we do not question values on costs. Consequently, moral costs should be taken into account, yet Prof. Calabresi highlighted that we do not consider them.

The choice on if moral externalities should count or not is a value choice.

Moral externalities shape enormously how we allocate, and yet we can not deal with them unless we are willing to deal with values.

If we say that those counts, we can then think of a way to solve the problem better than we are doing now.

Based on all the above, Prof. Calabresi displayed as that there is still much that needs to be done in that sense.

In particular, there is much that whoever will be part of the future of law and economics could do, but only pushing for boundaries of economics.

The Professor concluded the keynote speech by presenting an enlightening and precious definition, being “law and economics uses law to question economic theory and economics to question law” and “such a bilateral link looks at law as a statement of the world which questions the adequacy of the theory, and it looks at economics theory as a way of analyzing if these laws are outdated, mistaken or similar”.