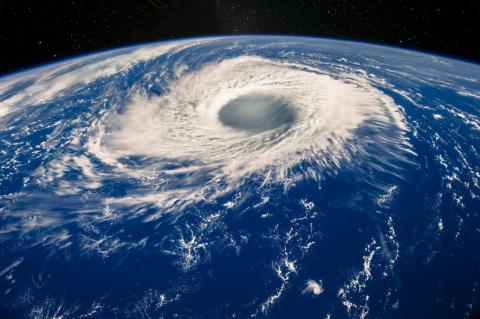 The solution to climate change lies, in the end, with normative change. …. Climate change does have one difference that may make normative change occur more rapidly: its risks are not unchanging. The longer it takes to solve climate risks, the more costly they will become. Sooner or later, the public will start to realize that the costs of the status quo exceed the costs of shifting to new energy systems and undertaking other climate mitigation efforts.

With luck, this realization will occur sooner rather than later. Otherwise, by the time the pressures for normative change align with a broader public understanding of its real self-interested stake in mitigating climate change, it may be too late, even if this confluence of values and interests occurs in the next decade or two. Already forecasts portend catastrophic climatic risks in little more than a decade. Even if all new emissions of greenhouse gases could somehow be halted tomorrow, the gases already in the atmosphere will not dissipate for some time to come.

The solution to climate risk may come down, in the end, to a matter of timing. Normative change—the only solution that can fundamentally overcome the structural edifice underlying climate change as a collective action problem on steroids—might not occur quickly enough to forestall significant climatic change and the ravages it will bring. If that is true, then the best hope may rest not with politics or morality but with some heretofore unknown technological cure-all: a breakthrough that either delivers cheap, climate-friendly energy, or, better still, could extract greenhouse gases from the atmosphere or counteract their warming effects—all without creating other harmful effects. But identifying that solution is really hard.

Cary Coglianese is the Edward B. Shils Professor of Law and Professor of Political Science at the University of Pennsylvania, where he directs the Penn Program on Regulation and serves as the faculty advisor to The Regulatory Review.