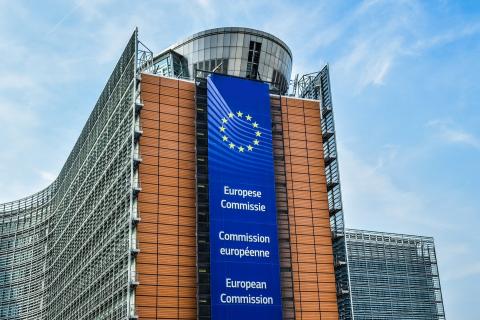 On 29th April 2021, the Vice-President of the European Commission in charge of Interinstitutional relations and Foresight, Maroš Šefčovič, held a press conference to present the Communication on “Better Regulation: Joining forces to make better laws”.

The Vice-President displayed as the EU Commission already has one of the best Better Regulation systems globally, but the will is to improve and raise the bar even higher.

This, due to the need to legislate as efficiently as possible in order to lay the groundwork for Europe’s recovery.

Following Vice-President Šefčovič presentation, the aim is “to simplify EU legislation and reduce its burden, while making better use of strategic foresight and supporting sustainability and digitalization”.

During the press conference, it was represented as, in 2020, 1.2M stakeholders shared their views on European Commission initiatives and their active role is a pivotal chance to boost awareness.

Indeed, the objectives of the Better Regulation agenda are not only 1) EU actions based on evidence and 2) making simpler and better EU law, but also 3) involving citizens, businesses and stakeholders in the decision-making process.

Consequently, and to help face current and future challenges, the Commission proposes the following improvements to Better Regulation:

The Commission expresses that a shared effort among EU co-legislators, Member States and stakeholders is key to improve the transparency of evidence-informed policy, raising awareness of legislation’s benefits, and reducing the EU legislation’s burden.

The Communication represents the need of assessing impacts and eliminating unnecessary costs. Indeed, the Commission can determine the impacts of its proposals but amendments may significantly alter the implication for people and businesses.

Therefore, the Communication urges the European Parliament and the Council to document the effect of their amendments in terms of anticipated impacts.

Equally, the Communication asks the Member States to provide feedback on benefits and costs associated with implementing the legislation to let the Commission use it to evaluate and revise the legislation.

Furthermore, the Commissions thinks that a joint effort to create a common evidence register, that collects the evidence used in the course of the legislative process between the Commission, the European Parliament and the Council (so-called Joint Legislative Portal), would improve easy access to anyone interested in the EU policymaking and allow more effective Communication between policymakers, both at EU and national level.

The Communication also expresses the will to improve the publication of the public consultations to attract more participants and quality contributions, and the general idea is to disseminate the “calls for evidence” at national and regional levels.

Regarding the Better Communication with stakeholders and the general public, the Commission is aware that having multiple consultations on the same initiative can be burdensome. Consequently, the will is to consolidate the public consultations into a single “call for evidence” on the above-mentioned “Have your Say portal”.

This way, feedback periods on roadmaps and inception impact assessments will be combined and be published as calls for evidence and/or public consultations based on questionnaires. The call for evidence will be in all EU official languages, and people will have twelve weeks to respond.

Moreover, the Commission will publish a summary report on each public consultation within eight weeks of its closure to keep the respondents informed.

Concerning the will to increase transparency, the Commission will improve access to the evidence behind every legislative proposal, as related published studies, evaluations, datasets, that should all be easy to find and access.

Furthermore, an improvement on the evidence registers and portals, such as EUR-Lex and Have Your Say, is expected, and the Commission has already made the Commission’s repository of publicly available models.

Another critical and already mentioned objective of the Communication is further simplification and burden reduction.

The Commission wants to strengthen the burden reduction through a “one-in, one out” approach.

As represented by Vice-President Šefčovič, the approach will not be applied mechanically. The Commission will seek to offset new burdens resulting from the Commission’s legislative proposals by equivalently reducing existing burdens in the same policy area.

The objectives are 1) to keep to a minimum the burdens for individuals and businesses resulting from EU legislation, 2) to achieve greater awareness among policymakers of the costs and benefits of EU legislation and 3) to have comparable estimates of costs across policy areas.

Such an approach will be pilot in the second half of 2021, and it will start to be implemented with the Commission Work Programme 2022.

In addition, all compliance costs will be scrutinized by the Regulatory Scrutiny Board and communicated to the European Parliament and the Council as part of the Commission’s proposals to inform the political debate.

Besides, the Commission will publish a report on the annual implementation in the Annual Burden Survey.

As an additional tool to support the work on simplifying legislation and reducing burden, the Commission has set up the “Fit for Future Platform” to receive advice on ensuring that EU legislation is futureproofing, easy to comply with, and efficient.

In the Communication, the Commission also expresses its will to improve its toolkit.

This, together with the already mentioned integration of strategic foresight in policymaking, through more comprehensive and transparent impact assessments.

First of all, the Commission will continue explaining the absence of an impact assessment in the explanatory memorandum for the relevant legislative proposals and, in such cases, the analysis and pieces of evidence will be set out in a staff working document.

Secondarily, the Commission aims to improve analysis and reporting of some types of impact, particularly those relating to the green and digital transitions.

Moreover, greater attention will be paid to gender equality, equality for all and the external implications of internal policies and their impact on third countries.

The Commission will also ensure that explanatory memoranda describe clearly the reasoning behind legislative proposals and will revamp the executive summaries of impact assessment to improve the audience attraction.

Besides, a subsidiarity assessment grid will be published with every politically sensitive or important proposal accompanied by an impact assessment.

An additional vital point expressed in the Communication is more useful monitoring and review of the existing legislation.

This, to check if EU policies have delivered results as intended and remain relevant and fit for purpose.

Concerning the Regulatory Scrutiny Board, the Vice-President Šefčovič highlighted the importance of its independence and day and night work to ensure success and improvement in the legislation quality.

Indeed, the Board will continue to offer advice regarding applying and interpreting the better regulation guidelines and issue a negative opinion if needed.

Moreover, the Board can now also engage in independent outreach activities, so to raise awareness of its work outside the EU and strengthen trust in the quality of the Commission’s work.

The Board will play a key role in scrutinizing impact assessments and evaluations in the light of the “one in, one out” approach and strategic foresight above-mentioned.

Lastly, the Commission aims at carrying out a stocktaking of its oversight and enforcement activities to ensure that they remain fit for making EU law work.

The Commission concludes its Communication on Better Regulation by expressing that, due to the given opportunities and challenges resulting from the most recent crisis, the elements of efficiency, foresight, and cooperation on legislation have never been as fundamental as nowadays.