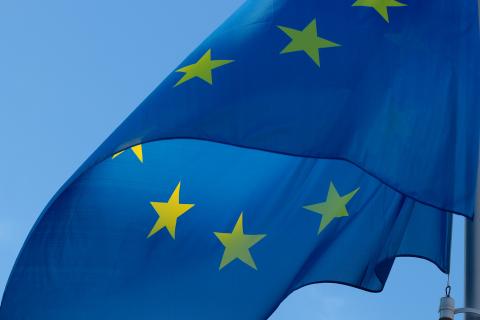 On 8th April 2021, the Regulatory Scrutiny Board (RSB) published its 2020 Annual Report.

The RSB is an independent body within the Commission that advises the College of Commissioners, with the aim to provide central quality control and support at the early stages of the legislative process.

In particular, the board reviews and issues opinions, both on impact assessments and on evaluations of existing legislation.

Regarding impact assessment, opinions can be positive, positive with reservation or negative. In case of a negative one, the draft report must be resubmitted to the Board. If the Board gives a negative opinion twice, it is only the Vice-President for Inter-institutional Relations and Foresight who may approve the launch of the interservice consultation on the initiative, before the Commission decides whether or not to go ahead with its adoption.

On the contrary, opinions on evaluations can be either positive or negative. In such a case, a negative opinion does not prevent from finalising and publishing fitness check or evaluation reports. In any case, the lead department is expected to take the Board's advice and improve its reports.

Moreover, the RSB does also provide advice to the Commission's Secretariat-General regarding potential better regulation policies.

Every year, the Regulatory Scrutiny Board publishes a report that accounts for the Board's work. Besides, such reports also mention current trends and practices in the better regulation policy.

On the 2020 Annual Report foreword, the Chair of the Board, Veronica Gaffey, mentions as the Covid-19 had an impact on the Board's way of working. The Board meetings have been carried out virtually since March but never stopped. Moreover, it represents as there have been some changes in the Board members, and as the transition process will also continue during 2021.

The Report is divided into four chapters and subsequent conclusions and annexes.

The first chapter, titled “Activities of the Board in 2020”, presents an overview of the Board role in the EU law-making cycle.

It represents as President von der Leyen confirmed the Board's role as independent scrutiniser of Commission impact assessment, fitness checks and principal evaluations, stating as «proposals must be evidence-based, widely consulted upon and reviewed by the independent Regulatory Scrutiny Board».

Moreover, the President confirmed the Board's importance in supporting the implementation of the Commission's new better regulation commitments on the “one-in, one out” principles and on integrating foresight into policy-making.

Besides, the first chapter displays some changes made by the Board to the monitoring of its performance, such as a) allowing a more granular quality assessment by increasing the number of quality components, b) fully integrating all fundamental rights into the list of monitored impacts, c) refining the indicators on quantification, and d) introducing new indicators to fill information gaps by removing redundancy and inaccuracies.

The Board assessed its work based on three key performance indicators:

1. The number of impact assessments and evaluations scrutinised.

3. Qualitative improvements of reports, following contacts with the Board.

The Report highlights as, compared to 2015, the number of impact assessments has increased by around 40 % and the scrutinised impact assessments covered mostly Commission's priorities, such as the European Green Deal, Europe fit for the Digital Age and an Economy that works for all.

However, the Board identified fewer evaluations for scrutiny in 2020, potentially indicating a less political urgency for evaluations.

Moreover, regarding the impact assessments, a more significant number received a first negative opinion (all submitted on time by the Board), and the Board's primary concern is the speed with which Departments resubmitted the files, often leaving the Board with remaining reservations.

In conclusion, the Board advises as changes should ensure that the guidance is up-to-date and aligned with the upcoming Better Regulation Communication, which will be taken into strict consideration.

The second chapter, titled "Impact assessments and evaluations: trends and challenges", presents an overview of the new trends and features.

Firstly, the Report displays as the Board scrutinised a relevant number of interconnected impact assessment, and as some relevant points were regularly repeated in its opinions, such as 1) the importance of the departments working closely to ensure coherence; 2) the need to be clear on common issues and objectives; 3) the coherence of the baselines; 4) the fact that options analysis should focus on open policy choices; 5) the fact that the impact of the options of one initiative may influence parallel or later proposal and 6) that joint enforcement should be considered.

In particular, the Report represents that coherence came up in 71 % of the upstream meetings.

Besides, the Covid-19 crisis appears to have directly impacted the Commission's policy-making and better regulation work.

Indeed, impact assessment had to consider the relevant impact of the Covid-19 crisis: describing the context of the policy measures when, for example, analysing problems or establishing the baseline.

Concerning evaluation, they had to assess the extent to which the changed situation affected the policy's continued relevance.

The most frequent remarks of the Board concerned the problem analysis and covered baseline, options and impacts.

Specifically, regarding impact assessment, fewer positive opinions were issued (12 %), and it appears as such a result was partially due to time pressure.

The weakest part of the impact assessment was the problem definition, while the methodological approach was appropriate in most cases, as well as the degree of quantification.

The key elements were 1) lack of coherence; 2) lack of straightforward narrative; 3) insufficient alternative options; 4) options not appropriately structured, 5) impacts not well analysed in some cases, and 6) preferred option not sufficiently based on proper analysis.

In conclusion, regarding the chapter at issue, the Board represents as the majority of the concerns mentioned in the 2019 annual report, as weakness in evaluation practice, were not addressed with Commission's  measures, and thus remained also in 2020.

The Board states as the analyses already covered the new Commission’s priorities, with an increase to 38 % of impact assessments concerning green policies.

Moreover, the Board states that, concerning the better regulation priorities, the Commission focused on foresight and how strategic foresight may support policy-making at any point in the policy cycle. On such matter, the Board intends to ensure that all significant Commission initiatives benefit from 1) a clearer understanding of future trends and issues, 2) better policy design through anticipation, and 3) greater coherence.

Following the Commission mandate, the Board provided advice on the policies in which foresight insights would be most relevant and impactful. For example, by critically assessing the relevance of existing or proposed strategies against a range of future scenarios or by triggering new reflections about more innovative policy option or, moreover, by supporting the preparation of more coherent policy packages.

In conclusion, the Board states that it may refine the scrutiny and advocacy practice based on the revised better regulation guidelines and toolbox.

The fourth chapter, titled “Reaching Out”, focuses on making the Board better known by external stakeholders and the general public. An acknowledgement from those categories may boost confidence in how the Commission works on its proposals and their quality by showing as the Board contributes to evidence-based policy-making.

To achieve what above-mentioned, the Board represents as it has participated in the new Commissioners' project group on better regulation and has continued to offer early advice to departments through upstream meetings. Those have significantly increased, from 23 in 2019 to 59 in 2020.

The Board strongly stressed the importance of reports that must be easy to read to non-experts and displayed as it is tricky to measure the impact of upstream meetings. Generally, it appears as it is sometimes challenging to identify upfront which issues will be of crucial importance in the final scrutiny. However, departments expressed as upstreaming meetings help them understand what the Board will consider and to focus on specific cases to produce a proportionate analysis.

Due to Covid-19, there was a slight decrease in the number of meetings held with other external stakeholders, interest groups or think tanks. The Board had to replace the annual conference with a virtual event that saw the participation of 50 scrutiny bodies in 17 EU Member States.

Such an event revealed a diversity of approaches across UE on the scope of impact assessments. Moreover, there was a general agreement that better regulation is needed more than ever and on the importance of evidence-based policy-making.

In the Conclusion part, the Board states as the scrutiny of impact assessments and evaluations contribute to higher quality support decision making and to inform the public.

Moreover, following the adoption of the Commission's Better Regulation Communication in 2021 and the related revision of the better regulation guidelines and toolbox, the Regulatory Scrutiny Board anticipated that it will review its approach to scrutiny and to the statistics it gathers.

It is possible to find more detailed information by consulting the Report and its annexes.